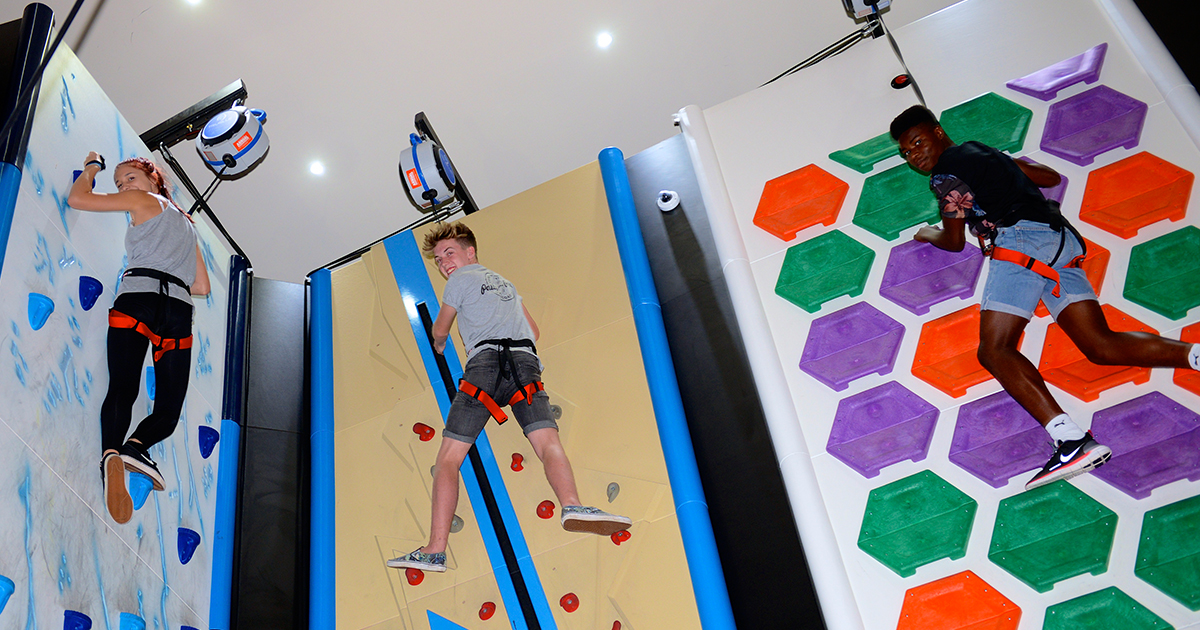 05 Nov Reducing stress levels, and other benefits of climbing

Posted at 16:33h in Uncategorised by user_bmthpier

Here are some of the top benefits of climbing from Health Fitness Revolution and author of the book ReSYNC Your Life Samir Becic:

Combines cardio and strength into a single workout

During a single session of rock climbing, the body executes a number of physical tests, including boosting heart rate, building muscle and developing stamina. The upper body strength required for rock climbing is a given for pulling oneself up, while the legs and core build muscle as the body strives to find balance. According to a 1997 study published in the British Journal of Sports Medicine, the cardio and energy consumed in rock climbing is similar to running at a pace between 8 and 11 minutes per mile.

Rock climbing encourages participants to increase their range of motion. Rock climbing demands flexibility and adaptability as it requires climbers to reach, leap and climb to handholds and footholds usually far from a comfortable distance. According to the July 2011 issue of “Medicine & Science in Sports & Exercise,” the American College of Sports Medicine suggested stretching should be done at least twice a week to increase flexibility, range of motion and improve blood circulation.

In bouldering (a type of rock climbing done without ropes or safety harnesses) the routes climbers take are called problems – and justly so, as a rock climbing requires problem-solving skills. Navigating routes demands a climber to judge their individual abilities, such as reach, strength required to complete the next step, current energy levels and route planning. Furthermore, rock climbing requires hand-eye coordination necessary for a climber to judge what he or she sees in a crag and how to reach it.

Rock climbing reduces stress by increasing levels of norepinephrine, a neurotransmitter in the body that aids in releasing stress. Climbers oftentimes become immersed in the flow of the activity enabling them to become consumed in the activity of reaching, climbing and leaping, creating as sense of ecstasy.

Harvard Health Publications reported that a 155-pound person burns about 818 calories hourly during a rock-climbing ascent and 596 calories per hour while rappelling.

Fear is among the greatest obstacles which prevent us from enjoying life to its fullest extent. Since of the most commonly held fears among people are the fear of heights and the fear of falling from heights. Rock climbing is a fantastic way to conquer these fears. Climbers are frequently strapped to harnesses, whether or not the climb is being done indoors or outdoors. The harness serves as a safety measure, preventing climbers from falling when should they lose their balance or grip. With the security of the harness, climbers can reach heights at their own comfort level. Conquering this fear of heights empowers many climbers and helps build confidence and self-esteem.

As confidence and self-reliance increase within climbers, they find themselves standing on the edge of their comfort zones. Climbing provides many with the opportunity to tap into the mind and body’s limitless potential, enabling them to challenge themselves further in completing increasingly complex routes. Even when a route is completed, climbers will continue to tackle more challenges with even greater difficulties.